We want to help you find the perfect car that fits your budget. Please adjust the options below so we can estimate the most accurate monthly payments.

How much will you put down?

Are you planning on buying a race car? Statistically, probably not. However, that doesn’t mean it’s not fun to learn about and explore. Mazda is primarily known for producing high quality and affordable commercial vehicles for consumers. However, this doesn’t mean that Mazda doesn’t like to stretch their chops on other pursuits. One way is with Mazda Motorsports. Mazda has brought their same standard of excellence to the field of sports racing with the Mazda RT24-P Race Car.

Mazda takes the adaptable KODO design, its ‘Soul of Motion’, and applies it to great effect on the 2017 and 2018 RT24-P’s frame, build, and aesthetics. You can find its influence on every part of the Mazda RT24-P, from the graceful contours sweeping around its beautiful body to the signature five-point Mazda grille fitted at the front of a lean, yet formidable fascia. This KODO built framework helps to bring even greater performance and responsive handling to the competitive world of racing, creating an incredibly aerodynamic and efficient race car.

Additionally, it’s interesting to note that RT24-P stands for ‘Road to 24’. This signifies Mazda’s driver development program that provides scholarships to up and coming grassroots race car drivers.

The current model of the 2017 Mazda RT24-P is equipped with an MZ-2.0T engine under its hood. It’s unclear if the upcoming 2018 model plans to change this machinery. For those unfamiliar with this design, the MZ-2.0T is a 2L inline 4 engine. Similar sized inline 4 engines are found in many current commercial cars available now on the market. However, the MZ-2.0T is unique and retuned. It keeps the very lightweight design of the 2L engine to help the RT24-P remain incredibly maneuverable for quicks turns and adjustments on the race track. However, despite its size, the MZ-2.0T engine of the Mazda RT24-P produces up to 600 horsepower! 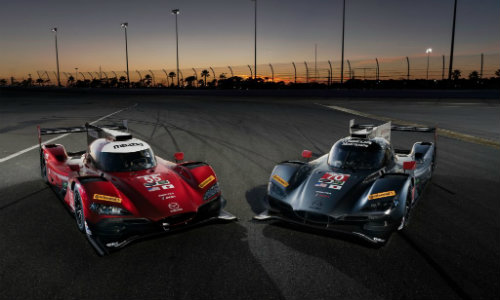 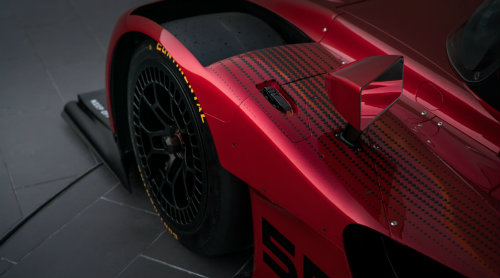 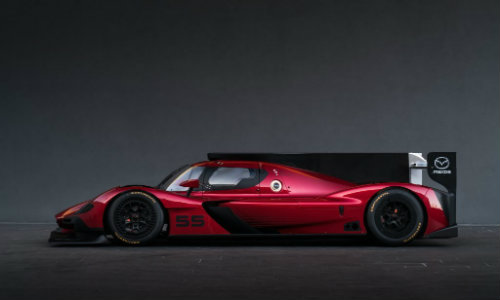 How Much Cargo Can Each Mazda SUV Carry?

The concept of the new Mazda RT24-P was released late last year, and earlier this month we received our first look at the 2018 prototype. Expected to debut at the races later this year, we’ll all be keeping an eye on the 2018 Mazda RT24-P. To learn more information on new, upcoming, and even concept and prototype Mazda models, make sure to contact us here at Kelly Mazda. We can be reached by phone or on location. Kelly Mazda’s dealership is located in Scranton, Pennsylvania within Lackawanna County.

Does Mazda Produce a Pickup Truck?

This entry was posted on Tuesday, January 23rd, 2018 at 6:23 pm and is filed under Concept Vehicles. You can follow any responses to this entry through the RSS 2.0 feed. Both comments and pings are currently closed.